Social media is a monolith presence everywhere you look. Instagram, Facebook, and Twitter are the three heavy hitters, being hugely popular with businesses and consumers alike. Given the popularity of the medium, it can be hard not to get caught up in the purely digital space when designing a marketing campaign.

It may not seem like it, what with how quickly well-constructed campaigns go viral (like the ‘Share a Coke’ campaign we spoke about in our blog ‘Content is King’), but face-to-face marketing is actually more important than ever!

In today’s market, people look at big business and large corporations with scepticism, turning away from brands they feel are after a profit and little else. Instead, people prefer to engage with brands that offer authenticity and meaning, that support their employees, their communities, and good causes.

Essentially, people want their experiences to have meaning, and they want to build a connection. Good face-to-face marketing does both.

It is a specific type of this marketing, though, that has been shown to appeal to today’s consumers.

Experiential marketing is a term that you have probably heard thrown around a lot in recent years due to some of the incredibly successful campaigns that have gone viral. In essence, experiential marketing involves engaging with customers through experiences so that they form emotional attachments to your brand, product, or service.

One experiential campaign that you’ll recognise is the PR stunt for the third season of Game Of Thrones.

Anyone and everyone, even if they didn’t watch the show, knew about the giant dragon skull that was left on Charmouth beach! This campaign grabbed the world’s attention and sent GOT fans into a tizzy with speculation about what the third season would hold.

Another campaign that took off was Coke’s ‘Small World Machines’, which touched hearts, built Coke’s reputation, and fostered good feelings towards their brand due to what the campaign accomplished – bridging a gap between the people of two estranged countries.

The key factor of these campaigns, what made them so popular and work so well, was that Coke and Blinkbox (the UK streaming service hosting GOT that arranged the dragon skull) did not try to get viewers to buy or sign up for anything. They didn’t ask for anything from their consumers. Instead, they gave them experiences to remember.

Keeping things real with advertising in this manner offers consumers what they simply cannot have online – real-world experiences.

Face-to-face marketing doesn’t have to be something quite so grand as the campaigns we talked about above. Hosting an event for your shareholders and customers, with an Instagram photo-booth with an event-specific hashtag, is a great experiential marketing campaign. It gets you brand awareness and builds you a good rep with the people.

Every brand needs a mixture of online and offline approaches to their branding. Don’t count face-to-face marketing out just quite yet – it is more important than it has ever been. 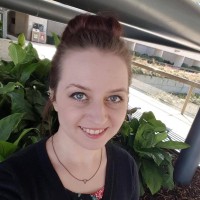 About the author: Jade Chapple

Jade is fond of daydreaming about writing the next great Australian novel but never actually writing it, eating excessive amounts of sushi, and quoting Pride and Prejudice (2005) line for line. Avid supporter of the Oxford Comma and loving what you do, she is a wordsmith, creative, and artist that loves to tell a story. If you are ready to binge-watch the latest Netflix comedy or kick back with some videogames, she’s your girl.
Previous post
Worth a Thousand Words: Taking the Perfect Picture for Instagram
Next post
4 Tips for Small Business
07 3129 0149