So some of you may have seen Google’s open letter to Australians in regards to some sort of News Media Bargaining Code.

More of you may have seen the ACCC’s response, “slamming” Google.

No matter what you’ve read, it’s clear the claws are out. Whilst the online melee ensues, it is apparent that the code is not being clearly interpreted by some. This is understandable. The draft code itself is a girthy 33 pages of mind-numbing legal and legislative mumbo-jumbo.

From comments I have read online, there are 2 sentiments. To make it really simple, they are as follows:

To help untangle this web of fact and fiction, I’ve done some digging so you don’t have to.

So just briefly, this bill has been under proposal for some time, but was only made light to the general public when Google published their open letter across their digital platforms. It’s important to note that this bill is still in its draft stage, so more changes (for better or worse) may still come. Within a few hours some of the larger news agencies had published their own interpretation of this open letter.

The open letter goes on to detail the following points:

Now reading the bill, these points are fairly accurate. In response to this open letter, ACCC published a response. Let’s dive into that below.

The ACCC’s response was succinct, but not entirely truthful. You can read that response here.

Note that whilst they respond to Google’s open letter, they don’t link the draft bill or to Google’s response. But if you compare these documents, you will notice some inconsistencies. Namely, the ones we’ve quoted below.

The rest of the response goes on to state that the bill is designed to help news media corporations by giving them a fair go.

“This will address a significant bargaining power imbalance between Australian news media businesses and Google and Facebook.”

There is nothing more unjust than a power imbalance is there?

There are also a few things within the policy that are outright concerning, for instance:

News groups will have the power to control/censor comments on other platforms.

ABC, SBS, and any news business they control are excluded from negotiations.

To be fair, Google and Facebook already filter outrageous content from comments and search. I’ll also note, since first discovering this bill some of the proposed regulations have been better clarified and made more sensible.

What does Facebook have to say about all of this?

Facebook did publish their own response to the bill, it can be found here. Whilst “The Zuck” is not the most popular guy in the digital world these days, the letter addresses that they have in the past and present, tried to establish a fair system for news to be shared on social media, effectively to drive more traffic to news websites where appropriate.

“We already invest millions of dollars in Australian news businesses and, during discussions over this legislation, we offered to invest millions more. We had also hoped to bring Facebook News to Australia, a feature on our platform exclusively for news, where we pay publishers for their content. Since it launched last year in the US, publishers we partner with have seen the benefit of additional traffic and new audiences.”

“But these proposals were overlooked. Instead, we are left with a choice of either removing news entirely or accepting a system that lets publishers charge us for as much content as they want at a price with no clear limits. Unfortunately, no business can operate that way.”

There’s a lot to unpack in order to fully understand this bill. It is also still in its draft stages. But it seems that some of the information provided to the general public was actually misinformation. This could have been by accident or on purpose, I really don’t know.

The fact is the bill, if it goes through in its current state, could negatively impact the free services we enjoy. Facebook wishes to outright ban news sharing on its platform.

Australian content creators may also suffer, with funds being re-directed from ad revenue to compensate for these negotiations.

It also sets a bad precedent, stating that only news businesses are entitled to special treatment. It’s not just these businesses that create and share content across the web, so why do they get special treatment? Also if we move in the direction of paying for all shared content across the web, this could result in paywalls for every website and or social media platform.

Why do I care? I feel it’s important at this point to clarify my stance on this is irrespective of any political ideals, parties or other affiliations. This bill has a direct impact on the marketing industry.

These changes have the potential to negatively impact on the businesses we work with, other marketing agencies and the many free services we all use on a daily basis. Google Search, Google Maps, Google Translate, Google Images, just to name a few. 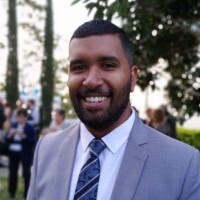 About the author: Carl Mayer

Carl is a developer and digital strategist with 14 years experience. Since starting in the industry he has had a keen interest in improving user experience across the web, which morphed into a passion of improving the user experience with brands as a whole.
Previous post
What’s all the Interest in Pinterest?
Next post
Hashtags for Business: What is their purpose?
07 3129 0149